In August 2015 images of coastal erosion at Mappleton, East Yorkshire, featured on news programmes local to the area. Erosion at Mapppleton is no surprise, after all it is located on one of the fastest eroding coastlines in Europe. The soft boulder clay that constitutes the majority of the cliffs along the Holderness coast typically erodes at a rapid rate to the south of the sea defences that were constructed in 1991. However,  the cracks that were being reported during summer 2015 appeared along the cliff top, close to the public car park. This was an area thought to be protected by granite rock armour.

The video below shows footage of the area affected by coastal erosion and was recorded in August 2015.

The image below shows the cliff top in August 2015 compared with February 2016. 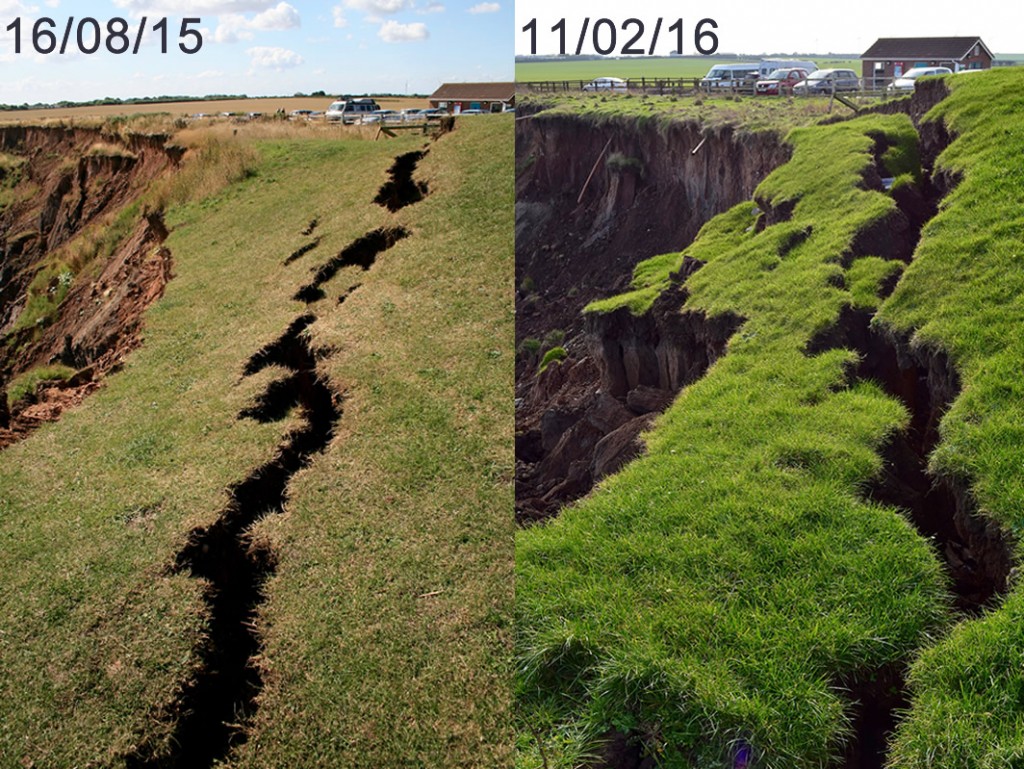 A significant amount of slumping is currently occurring in this area. The image below shows the stepped profile associated with slumping (you can find out more about slumping and other types of coastal mass movement here). 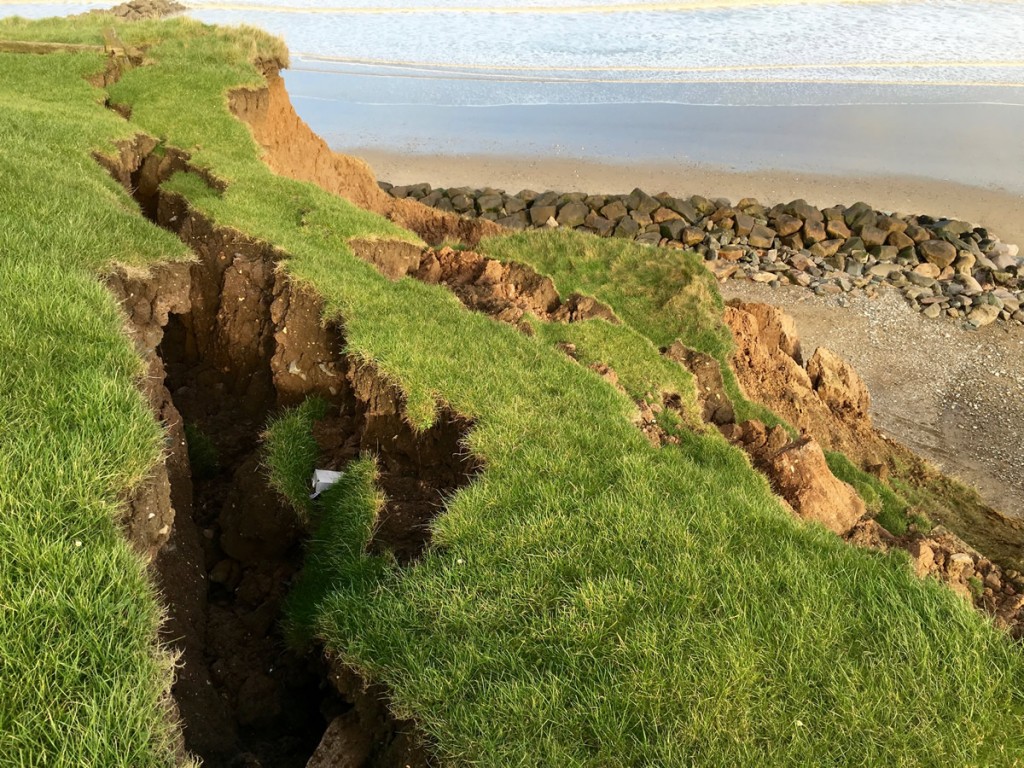 The video below was taken in February 2015.

Slumping is not the only form of mass movement evident at Mappleton over the winter of 2015/16. An area of cliff located between the two rock groynes that has been stabilised, a soft engineering technique which involves reducing the slope angle of the cliff and planting vegetation, has experienced an earth flow. The images below show the earth flow. 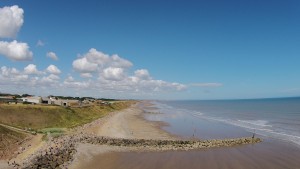 The cliffs between the rock groynes have been stabilised. This image was taken in August 2015. 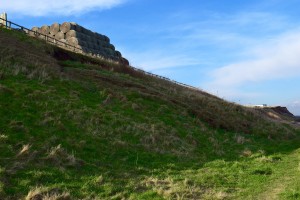 Cliffs that have been previously stabilised are experiencing an earth flow. This image was taken in February 2016. 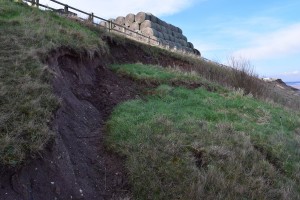 A close up of the earth flow

Even with a range of hard and soft coastal management strategies in place Mappleton, with its soft boulder clay cliffs, is susceptible to different types of mass movement. Further cost-benefit analysis will determine whether further steps are taken to protect Mappleton and the B1242 coastal road.

This site uses Akismet to reduce spam. Learn how your comment data is processed.