Marine processes are those associated with the action of waves. This includes erosion, transportation and deposition.

Erosion refers to the wearing away of the land surface and removal of materials by river and seawater, ice and wind. There are four main processes of erosion along the coast. These are hydraulic action, abrasion and corrasion, attrition and solution.

Waves breaking at the foot of a cliff force air in cracks to be compressed. Loose rocks are dislodged and removed. When the wave retreats the compressed air rushes out of the crack and can further weaken faults in the cliff face.

Abrasion is the sandpaper effect of loose rocks being scraped along bare rock. It often smooths and polishes the rock.

Corrasion is when rock caught up in surging waves are hurled at a cliff face – causing it to be chipped and gauged.

Attrition is when rocks carried by seawater collide – gradually making them smaller and smoother.

Transportation is the movement of sediment by the action of waves. 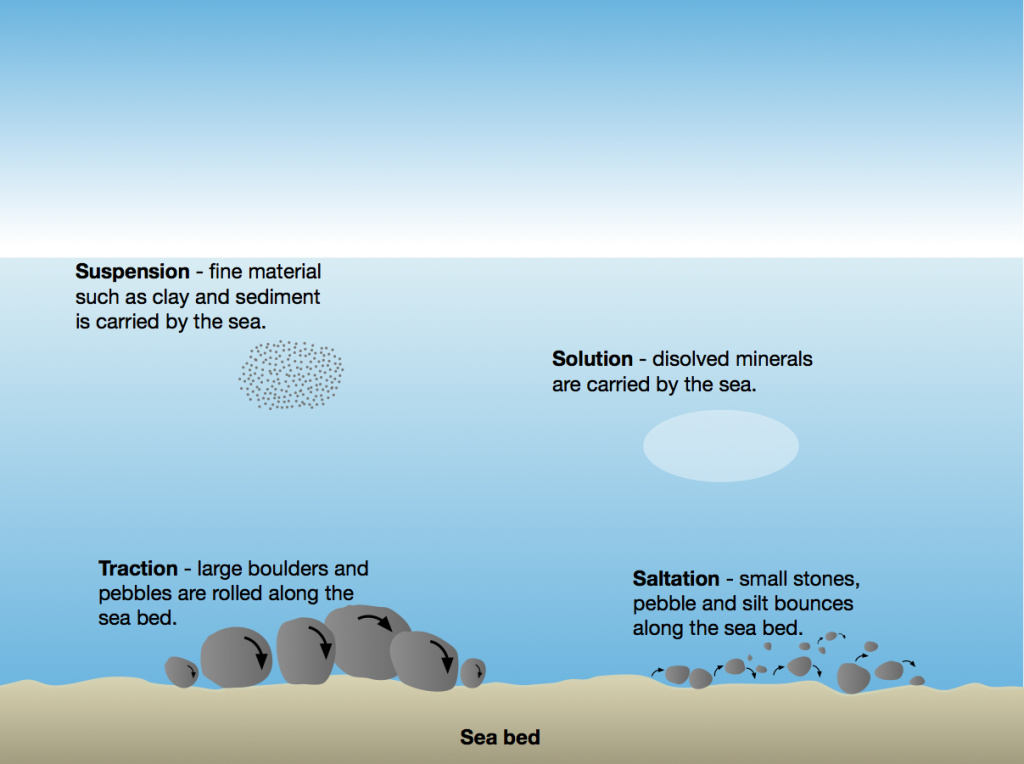 Traction involves the rolling of large and heavy rocks along the seabed.

Suspension is when lighter sediment is suspended within the water. This often discolours the water close to the shore.

Sediment that has dissolved completely will be transported in solution.

The video below shows a range of different types of fluvial transportation. Which do you recognise?

Find out about sub-aerial processes including weathering.

Find out about sediment cells and closed systems.