Why do people choose to live in tectonically active locations?

Millions of people around the world live in areas of tectonic activity. This is because:

Some people have little choice but to live in active zones that are prone to earthquakes and volcanoes due to their limited economic resources.

Countries such as Iceland, Japan and Indonesia only exist due to volcanic activity. In the case of Japan and Indonesia, plate subduction has produced molten material that has formed the archipelagos that make up each country. Almost 0.4 billion people live in these areas. Iceland was formed along the constructive margin formed by the North American and Eurasian plate separating.

The slopes of volcanoes attract people for a number of reasons. These include:

The fertile soils formed from weathered lava products and ash, especially in tropical regions, support intensive agriculture. In Japan, the fertile flanks of steep-sided volcanoes have been terraced to support farming.

Volcanoes provide opportunities for tourism. Volcanoes such as Kilauea and Etna have been erupting regularly for many years. Their lava flows are popular tourist attractions. Also, areas historically affected by volcanic activity, such as Pompeii, are popular tourist destinations.  These provide jobs for local people in restaurants, hotels and as tour guides.

Geothermal energy is harnessed in many active volcanic areas. Iceland has several geothermal energy plants that provide jobs and tourism opportunities. The Svartsengi geothermal power station provides jobs for local people and the Blue Lagoon spa, which is supplied by water from the power station, is a very popular tourist attraction. 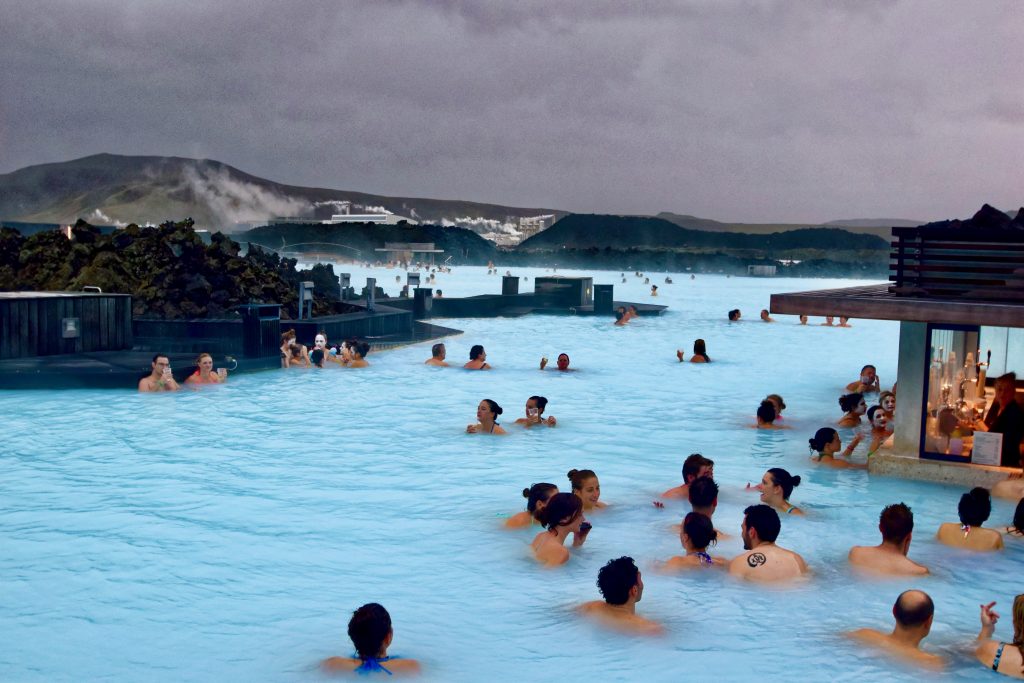 The geothermal energy plant is located in a lava field near Grindavík on the Reykjanes Peninsula and pipes hot geothermal water to more than 21,000 households, it is considered one of the most important heating plants in Iceland. The combined capacity of the Svartsengi Power Plant is 75 MW in electrical energy and 150 MW in thermal energy. 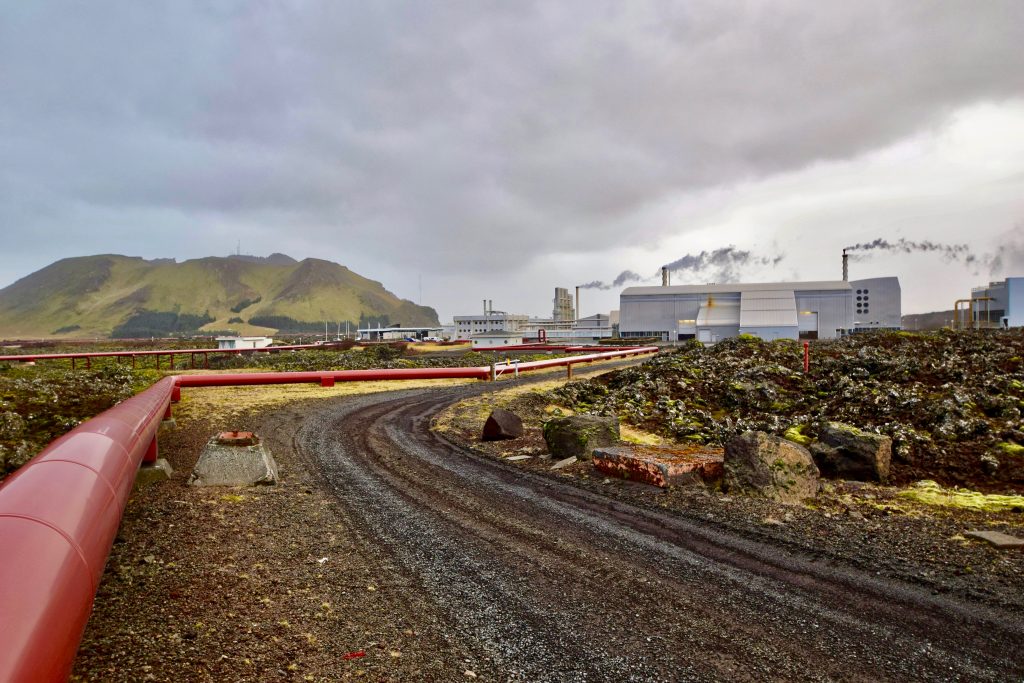 Minerals that are associated with volcanic eruptions, such as sulphur, are used in industrial processes including the production of chemicals. For example, in East Java, Indonesia, sulphur is extracted from the crater of Ljen volcano. The volcano last erupted in 1999, however, mining occurs at an active vent. Solidified sulphur is cut by hand by miners from the lakeside which occupies the crater. The environment is very hazardous; the lake itself is highly acidic and the crater is frequently filled by poisonous clouds of gas including sulphur dioxide.